"In the tradition of tactical media, the project ‘Aurelia 1+Hz / proto viva generator’ addresses the possibilities of coexistence of animals and machines. In contrast to robots, which are driven by digital artificial intelligence, the project uses a live organism to process the “aliveness” of a simple machine."

There are two versions, the first version had an animatronic object (made by Miha Presker) which was animated by the motion of the jelly fish.

The other version features sonification of the jellyfish using motion analysis. 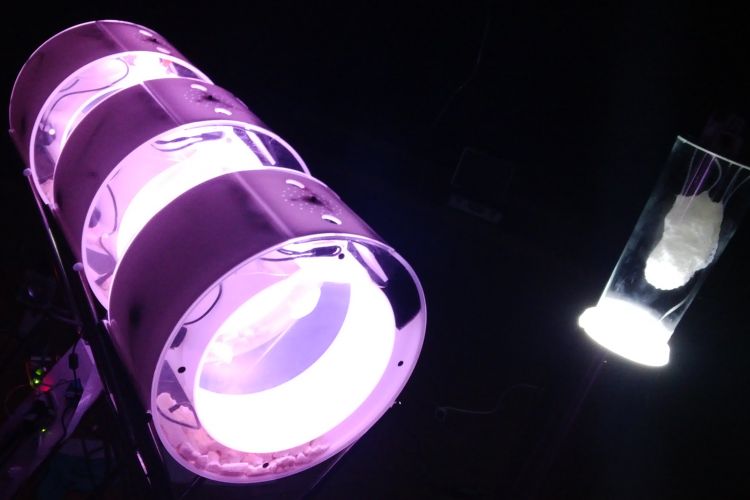 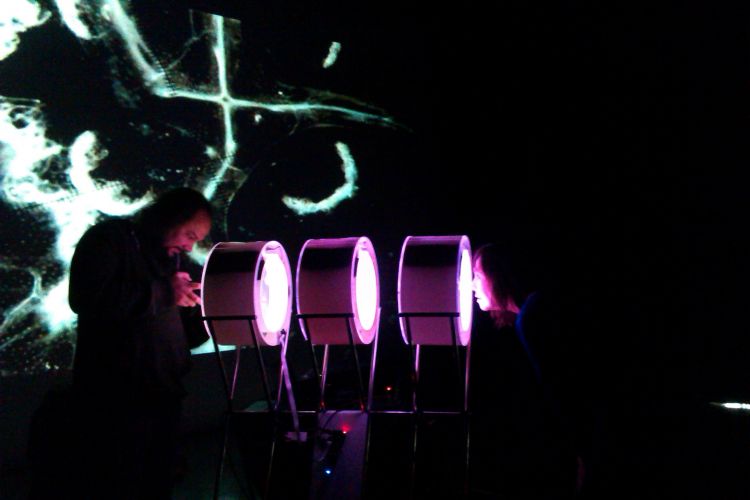 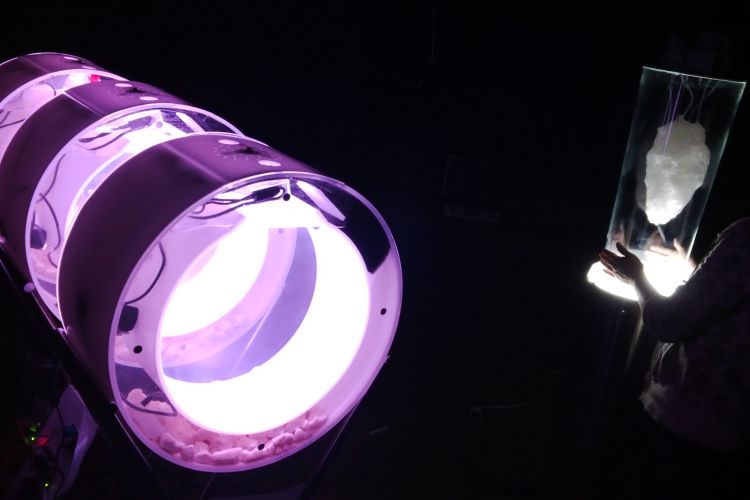